For Top Five Friday this week, here’s five authors who’ve touched me, impressed me, thrilled me, engaged me and entertained me: 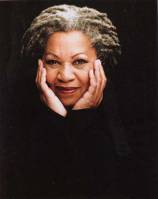 The Bluest Eye was the first book by Toni Morrison that I read, and I knew I was going to love her. During my senior year of undergrad, I took a seminar course in which we read all 8 of the novels she had published at that time, in order of their release. Each class session we pretty much just discussed each novel – if it weren’t for the tests and papers we were assigned, it would have been just like a book club. Discussing the books in this way, though, allowed me to see them from my classmates perspectives, learn all the things I didn’t pick up on, and learn to appreciate her writing all the more. Toni has a wonderful way of describing the world, and a true talent in creatively opening the eyes of her readers to the injustices of society, particularly when it comes to African Americans and their longtime struggle for equality in this country. I was no less impressed with her latest release, Home – but I wish I were still in that seminar class so I could discuss it!

I was first introduced to Chuck Palahniuk in college. I read Invisible Monsters in one sitting (and the book instantly became an absolute favorite). And then I had to read Fight Club, because the movie, I admit, kind of confused me. Then I read Diary. And I couldn’t stop there. Sometimes disgusting (check out the short story Guts included in Haunted), sometimes fascinating, always brutally honest, Chuck holds nothing back. From vindictive transexuals to part-time historical tour guides who pretend to choke in fancy restaurants for pity money, his characters are fascinating, if not downright detestable (in an engaging manner). I always look forward to a new release (though admittedly I didn’t much care for Pygmy), and he’s pretty much one of the few authors whose books I all own. I certainly can’t wait to get my hands on Invisible Monsters Remix due out next month!

“Oh, sounds a bit like Perks of Being a Wallflower.” That’s what I thought when I first picked up Joe Meno’s Hairstyles of the Damned. But it was much more punk, I discovered – and just as good, if not better. I had moved on to this title after reading The Boy Detective Fails, hoping it was just as brilliant. I wasn’t disappointed. Joe’s novels are primarily character driven, and each of those characters are as real and relateable as your neighbor or the kid sitting next to you in math class or that family arguing on the street you passed. His books are the kind that I hesitate lending to others and get really upset if they never return them. And then I end up grudgingly buying another copy. Joe will be releasing his newest title, Office Girl, next month and I’ve already got a hold on my library’s copy! (I’ll probably end up buying a copy of my own though.) 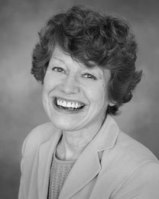 My grandmother introduced me to Jill Churchill, and after reading Silence of the Hams, I was hooked and had to read the entire Jane Jeffrey series. Then my grandmother told me that Jill’s real name was Janice Young Brooks, that she was a local author, and that she used to write historical fiction. I was fascinated when I found Seventrees, and I was the least bit embarrassed to admit to reading it despite the busty figures on the back cover. “It’s historical fiction,” I’d tell those who pointed it out. I then tracked down each and every one of her books, even the two titles she begs readers to ritually burn. Yes, like she admits, some of those titles aren’t that great, but Janice/Jill became a way I could connect with my grandmother, and that’s probably why I appreciated her so much. Her stories are pretty good too, and I’m sad that we haven’t seen anything new from her in quite some time.

Carrie, The Shining, The Stand, Dolores Claiborne, the entire Dark Tower Series – I can list a number of Stephen King‘s books that I’ve read and loved over the years. I’ve always wondered where he finds the time to write so many books – especially those that reach well over 1,000 pages. From short stories to saga length series, from horror to adventure, his writings are as diverse as they are numerous. Some say he’s overrated. Some he’s wordy. Some say he’s a terrible writer. Others, and I’m included, couldn’t disagree more or care what the critics say and read his books anyway. He’s got an amazing imagination and certainly has a way of conveying a story that has caught the attention of millions for nearly 40 years. I started reading his books in junior high, and I still anticipate seeing what he comes up with next.

Now what about you? Who are your favorite authors?

One thought on “Top Five Friday: Authors I Love”